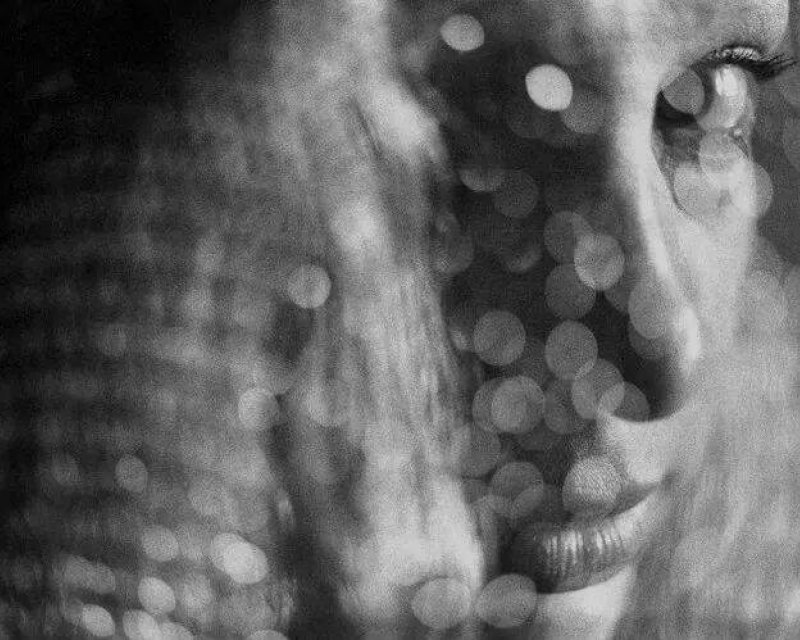 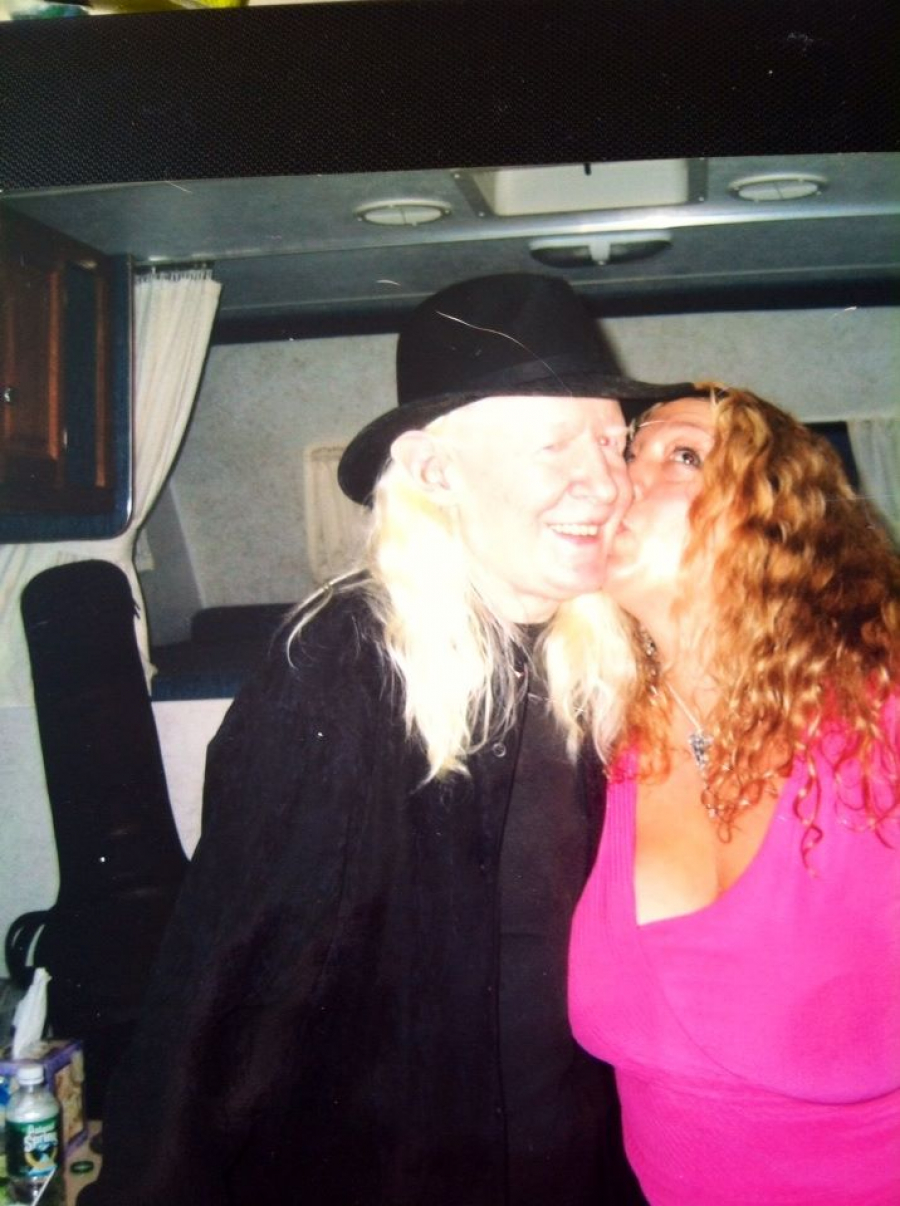 "Fasten Your Seatbelts..." Susan Angeletti is Bittersweet (by Pamela L. Dow) " A rising star has emerged high above the musical horizon with a dazzling display of talent, shining like a beacon in the night. Bittersweet(Oar Fin Records), the latest recording from singer/songwriter Susan Angeletti, illuminates the soulful purity of the blues and the hard driving intensity of rock and roll with unbridled passion and heartfelt emotion. Angeletti's no nonsense, high voltage performance style, continues captivating blues enthusiasts as well as the rock and roll faithful all across the country. After receiving praise for her debut release, Next Years Model of The Blues, Angeletti soon discovered her fan base had quickly expanded into a major following, playing to packed blues clubs and music halls throughout New England. After she electrified the audience when opening for legendary bluesrocker Johnny Winter, manager Teddy Status wasted no time signing Angeletti out on tour as the opener for Winter.

Her first national tour performing to sell-out crowds at venues up and down both coasts, proved to be a major turning point in her career. Angeletti's solid debut release and successful tour experience generated quite a buzz, catching the ear of multi-talented producer Tom Hambridge. Hambridge has collaborated with several artists on a variety of projects, but is better known for his work with Grammy nominated singer/songwriter Susan Tedeschi on her celebrated debut, Just Won't Burn. Hambridge was so impressed by Angeletti's talent, he agreed to produce her next recording.

After working together on a few arrangements and reviewing several new songs Angeletti wrote with her Seagull (model S-6 to be precise) acoustic guitar and on piano,she and Hambridge agreed on final selections for the new album. The result of this duo's creative efforts is Bittersweet, a robust recording firmly planted in rock and roll with a noticeable late '70s Jagger/Richards influence heard throughout.

What's most distinctive and inspiring about Bittersweet, is the soulful essence of Angeletti herself, a singer/songwriter whose talent radiates throughout this latest release. It's difficult trying to categorize Angeletti in a specific genre, considering she easily incorporates a variety of musical formats into her repertoire, representing each one with exuberance and emotional purity. Her unique performance style is honest and straight forward, authentic and deeply heartfelt. She vocally articulates the stylings of artists like Janis Joplin, Etta James, and Tina Turner with remarkable detail, blending them together into a sassy style truly all her own. Compared at times to these legendary woman, Angeletti equally shares their instinctual expertise when expressing that gutsy, raw emotion especially performing on stage as it erupts from a place deep within her soul. Bittersweet contains 12 tracks written or co-written by Angeletti, as she vocally delivers a wealth of emotion, conveying both the pleasure and pain of the human experience with commanding authority. She vigorously exercises her vocal prowess on the opening track, "Don't Want Your Love", a solid rock tune with Angeletti grabbing your attention right from the very first note and never letting go.

She's backed by a group of experienced, wily musicians who know exactly how to drive the message home with some sizzling harp solos and blazing fretwork by Pat Buchanan (not the conservative commentator). The following track, "Go To Hell", is a tasty, fast-paced rockabilly tune, seasoned with plenty of Chuck Berry flavor. Tony Harrell lets loose on this fan favorite, tearing up the ivories and motivating you right up outta your seat. Another great track is, "Love Doctor", this spirited blues shuffle finds Hambridge keeping a steady beat as Buchanan offers up a generous portion of stinging guitar licks. Angeletti is heard having a heck of a great time on this one, serving up some sassy vocals and spicy attitude.

Just when Bittersweet sounds like a stick of dynamite ready to explode, Angeletti eases off the throttle to explore the pain and sorrow of lost love and a broken heart on several ballad tracks. This is where Angeletti truly shines, not only as a talented singer/songwriter, but also as a gifted storyteller, especially with sensitive subjects on ballads like, "Feel Love Tonight." Here you'll find Angeletti sharing the pain of loneliness, "...don't want much, just hold me tonight..." The intensity of that lonely ache is painfully expressed through the depth and grit of her sultry vocals, along with some poignant guitar solos by Buchanan. "Nowhere To Run" is an original song- a southern-rock style ballad with Angeletti singing about a broken heart with such sincerity that you begin feeling the pain literally pouring from every verse. The background vocals and guitar solos only add to the emotion.

A personal favorite, "Feels Like Rain," is slower paced soft rock ballad with a just hint of R & B, as Angeletti delivers an extremely soulful and moving performance, effectively showcasing the overall theme by vocally accenting both the highs and lows of the experience. "....tears are fallin', tears are fallin', they don't wash away the pain." "...I keep on hopin' this love ain't broken, but it just don't feel the same." "...feels like rain, feels like rain....."

Bittersweet's final track is the Joplin classic, "Piece Of My Heart," an appropriate selection by Angeletti as a personal tribute, honoring the legendary Janis Joplin whose spirit and unforgettable performance style were a continual source of inspiration. I was guilty of assuming she would cover this popular classic with the same amount of intensity found on the opening track. Instead, she maintained the strength and staying power behind this hit song, while poignantly emulating her personal admiration and respect. The sheer emotion and soulful, sultry texture heard during Angeletti's vocal performance, might just tug a little on those heart strings.

After listening to Bittersweet, I'm sure you'll agree Angeletti's greatest, most valuable instrument is her amazing voice. She knows just how to stir the soul when singing the blues and knows just how to tear the roof off when it comes to rock and roll. Bittersweet is an excellent recording, a true showcase of this singer/songwriters amazing talent, a CD you'll listen to again and again. For anyone who's ever expressed an interest in experiencing what this singer/songwriter has to offer, I strongly encourage them to attend one of her live performances, 'cause she'll blow you away. Not only does she have the vocal chops, she knows just how to deliver them. Her stage presence and vocal delivery alone is well worth the price of admission.

I had the good fortune to see Susan Angeletti perform for the very first time, when she was opening for B.B. King at the Calvin Theater. I was impressed with her definitive stage presence- how she took command right from the moment she stepped on stage and firmly held the standing room only crowds full attention, right from the very first note. Everyone kept jumping to their feet with every song in her set. After finishing her final number the entire theater just seemed to explode, the sell-out crowd just stood there yelling and cheering for more, as if unwilling to let her go.

After a short break, B.B. King appeared on stage and commented to the crowd how impressed he was with his talented opening act. In fact, she has a brand new CD just released called, Susan Angeletti, Live In Concert: "99 & a 1/2 Won't Do! This new release contains seven tracks highlighting songs from several of her live performances, includng cuts from her performance at the Calvin Theater with B.B. King. If you haven't had the opportunity to experience this amazing singer/songwriter in person, I highly recommend getting a copy of this live recording, available now at http://www.cdbaby.com/cd/ Susan Angeletti " - Pamela Dowe

As of July 2019 Susan is currently in the middle of recording a new Susan Angeletti CD of classic Soul n Blues tunes in tribute to some of her hero's and influences in the Soul n Blues world, including material sung by the great Miss Etta James, and Motown master Smokey Robinson. Stay tuned. Guitarist John Sheldon( Van Morrison,Linda Ronstadt) has contributed his signature and masterful licks to the project with more to come. Saxophonist Joe Nerney added horn parts and  some dynamite motown Horn arrangements too. More to come! Pianist Kevin Bias is on board and has laid some some funky and truly sweet parts!

In the mean time Susan Angeletti continues to garner new fans playing live in New England area,South Florida and beyond...She  is very thankful to recieve support and radio airplay here in the U.S including being just played on the truly fine Tuesday night Magnuson Blues Show with Host John Wooler on Space 101.1 Fm outta Seattle. John was Senior VP of Virgin Records and President of Pointblank Records a really fine Blues label. John has worked with Pops Staples,John Lee Hooker,John Hammond,Johnny Winter and many more.  John Wooler said "Susan is a fantastic talent and its rare you find an Artist with a powerful voice like that." Susan's 5 CD's recieve airplay as far away as New Zealand and in Australia on Irene Barretts Blues and Rock Down Under and Susan gets quite a bluesy rock buzz in the UK too on Stations like: Blues@Rock Radio UK, Absolute Soul Radio.co.uk,  and more!! ﻿

John Wooler was former Senior VP of Virgin Records and President of Point Blank Records. He worked w Blues and Roots Artists Van Morrison, John Lee Hooker, Johnny Winter, John Hammond, Charlie Musselwhite and many more. Please take a listen to just 2 of the fabulous Magnuson Blues Shows here by John on Space 101.1 FM. There is a Susan Angeletti Song recording featured called: Things You Throw Away into the 2nd hour of the show. Show Date 7/9/2019